The small town of Rosewater, population roughly 2500, is located in a valley basin below a forested mountain. The most notable residents of this dying town are the wealthy Beaumonts. Their name is spread across old buildings, their faces are familiar to everyone, and the youngest of their ilk, Gabriel, has been missing since he left his house on Monday morning. A feature phone is found in his bedroom, with only one remaining text: “As far as I’m concerned, it’s over for me. And it’ll be over for you, soon, too. Better get your shit in order.” The text was sent to a blocked number. His parents have no idea what it could mean. Two days later, on Wednesday night, Gabriel’s body is found inside a mine shaft on the mountain.

What Should We Do With Your Body? is a story told by fifteen writers, taking on the roles of fifteen different characters close to a small town murder mystery. Neither the characters nor the writers themselves know who killed Gabriel Beaumont... except for one: the killer and the person writing their story.

Step into Rosewater to slowly uncover the story behind Gabriel's death. Pick through clues leading to the real reason why he ended up in the mine shaft, and how the tragedy has affected everyone connected to him.

The lightweight version of the zine contains no page backgrounds and all black text, making it easier to view on an e-reader. 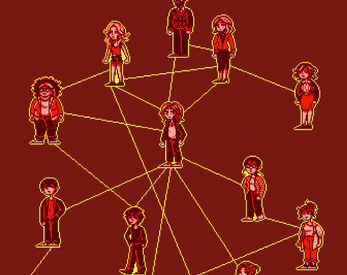 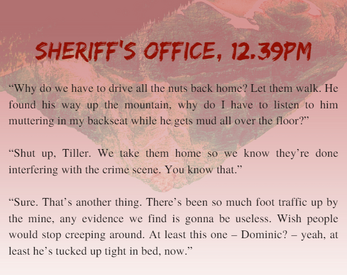 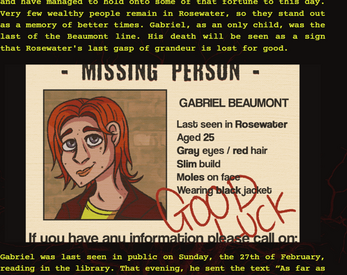